Extra! Weegee showed 350 photographs taken by the legendary press photographer Arthur Fellig, known as »Weegee«. The pictures were taken in New York in the 1940s when the city was almost under siege from the mafia and corruption. Weegee lived in the middle of this chaos, always first on the scene to document the horror and happiness and convey for a press that was constantly craving new scandals and revelations.

We decided to use big typography in a manner reminiscent of the ones used in the scandalous tabloid press but also typographic settings from the 1940s era. Weegee had his stamp that we used combined with the graphics. We decided to use yellow – an obvious colour – when you want to convey the New York theme. 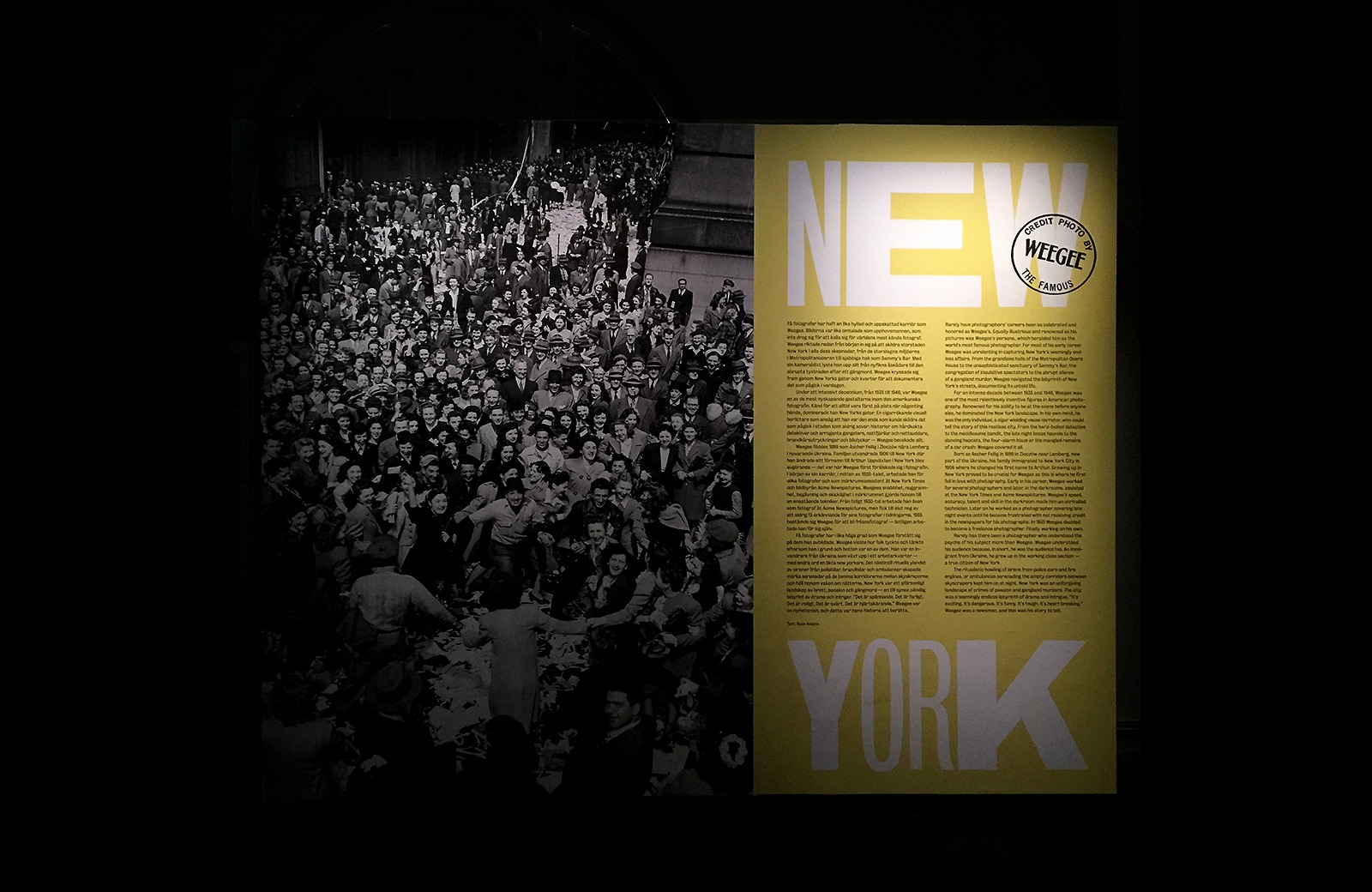