Nationalmuseum in Stockholm opened up in 2018 after several years of renovation. Apart from the permanent collection two temporary exhibitions opened. One of them was ”Design Stories” an exhibition featuring 10 contemporary designers. The exhibition addresses the idea of stories as a part of the designer’s concept development, work process and/or branding. We were commissioned to make the exhibition graphics, a tabloid and Ida Wessel of BankerWessel was one of the featured designers.The amazing spaces at Nationalmuseum dates from the late 19th Century with pillars, valves and marble floors. The exhibition designer and the curator made modules that moved throughout the room and around the pillars. We wanted to work with the same kind of concept in the typography and used the font Monoton.Our part of the exhibition featured the black lines of the font as well. We made three custom made plexi boxes in neon with fifteen marks and patterns in relief. In conjunction with the exhibition we also designed a tabloid. The exhibition was curated by Susanne Eriksson. 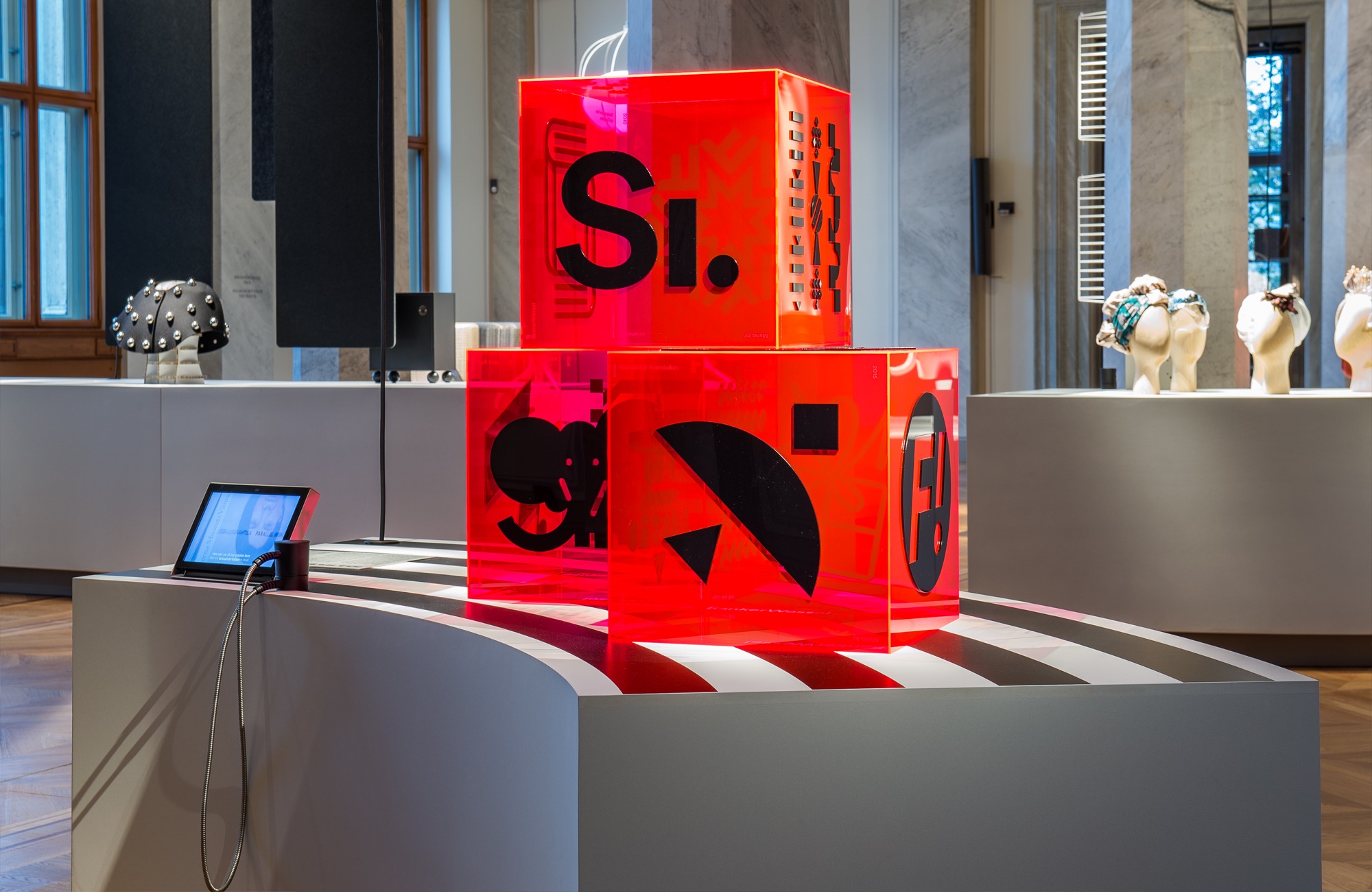