‍The Government's Cultural and Creative Industries Export Prize is a newly inaugurated prize and is handed out by the Swedish Minister for EU Affairs and Trade. The prize aims to highlight successes across the whole spectrum of the cultural and creative industries and strengthen their internationalisation. We made the visual identity, diploma, exhibition graphics and printed matter for the price and ceremony. As the prize is celebrating highly skilled and design-aware creative people, we needed to come up with a matching visual identity of the highest quality both regarding design and execution.

We made several sketches, including flying bees, pollinating and ignoring the borders of the world. We wanted to convey the idea of Sweden reaching outside its borders, making the transforming lines represent ripples in the water or sound waves in the air. The image is hot foiled in silver and white on matte blue paper. The first diploma was handed out to Acne Studios in a ceremony at the Foreign Ministry in Stockholm. 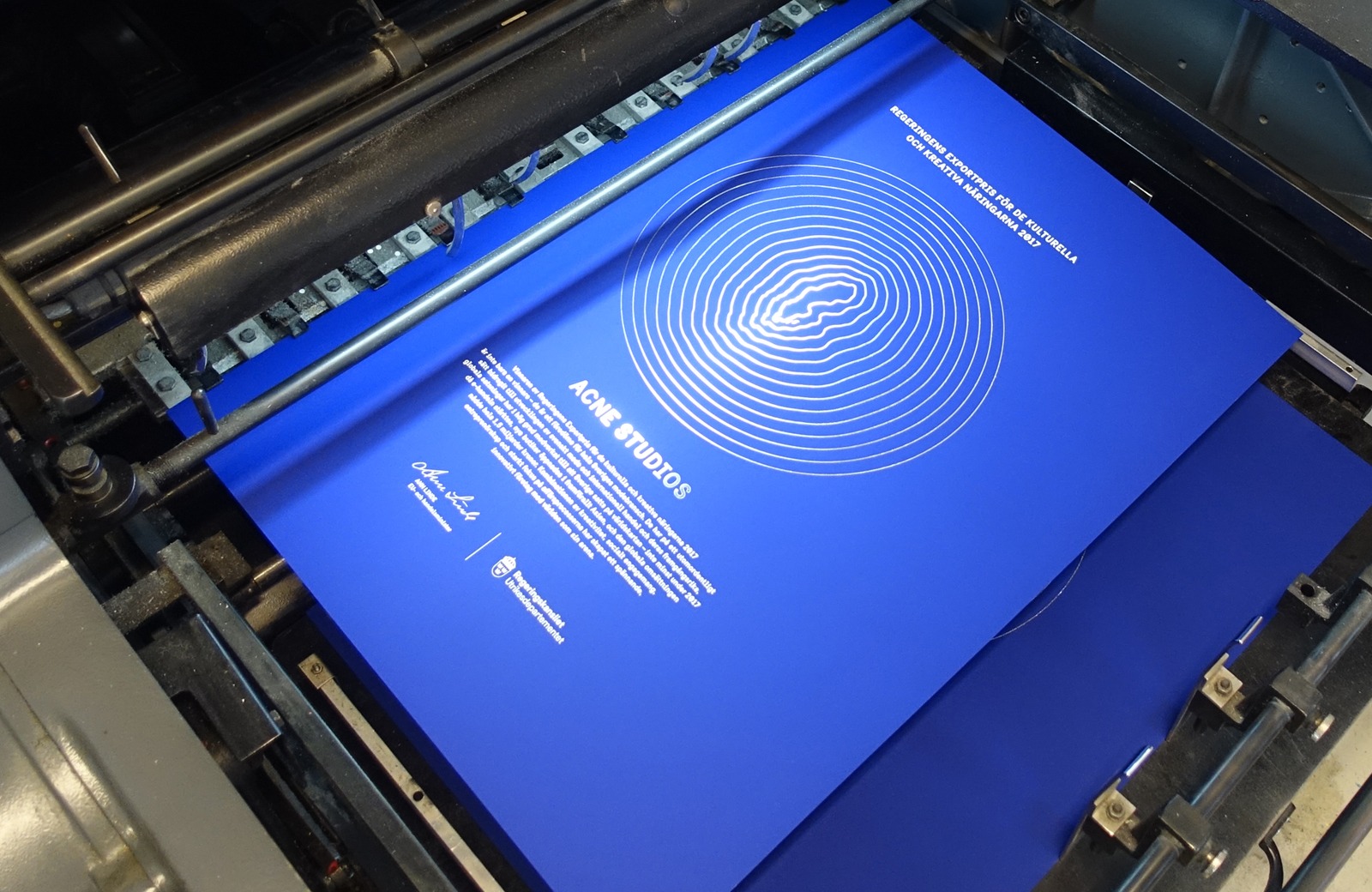